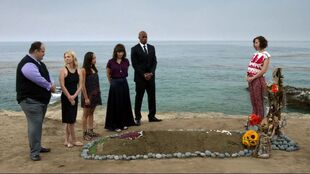 Carol delivers an eulogy to the deceased, Gordon.

Dead Man Walking
Carol tells a lie in which it is hard for her to struggle with. 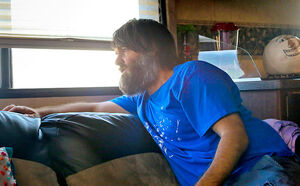 Gordon is held a funeral after he deceases from having a heart attack. Phil, Carol, and Todd deliver eulogies to him, as Melissa and Carol catch up at Gordon's old house. Carol comes up with a distraction to leave, so she can come up with what happened to Tandy. Phil welcomes Carol back, as Erica is displeased and makes Carol aware that the two are now a couple. In an attempt to make the group feel sympathy for Tandy, Carol tells the others that he had died.

Carol goes back to the RV to work out the details of Tandy's death. Tandy is a bit displeased, but Carol promises to make Tandy's death ending as him a hero. After working out the details, Carol explains to Melissa and Todd that Tandy died by falling off the Grand Canyon, after rescuing Carol. Carol then sees Gail writing Gordon's name in the sand, and Carol proceeds to do the same thing. Carol then heads to the RV and tells Tandy that he will be "resurrected". 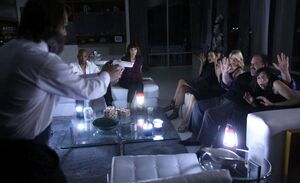 With Gordon's death, Gail teaches some CPR to the group, but she ends up breaking into tears over the death of Gordon. Carol soon has the group explain what they liked about Tandy, only to say negative things about how he threatened to kill and have sex with them. Carol then reveals that Tandy is alive, disappointing the group. Carol comes back later at night, and proceeds to say they are returning to Tucson. Carol begins to explain that the "old" Tandy is dead, and that he has changed, and the group agrees to forgive him. But things end up bad when Tandy enters the house with a gun and keeps them at gunpoint, while apologizing for his bad behavior. Carol then tells him they were going to forgive him anyway. Tandy is punished by the group and is put into locked stocks for his punishment.

Retrieved from "https://thelastmanonearth.fandom.com/wiki/Dead_Man_Walking?oldid=9108"
Community content is available under CC-BY-SA unless otherwise noted.