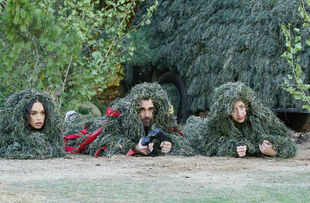 Find This Thing We Need To
Carol makes a shocking discovery. 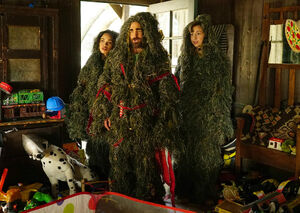 Carol immediately shows the group the photos of the mysterious person in a Yoda mask on her laptop. They attempt to figure out who this person could be, but with the group's current motives, Phil, Carol, and Erica go on the manhunt for Yoda. When they arrive at the spot, Erica spots a house and inside is a bunch of toys made for kids and drawings of Phil and Carol's camping trip. Phil attempts to draw him out of hiding as Carol and Erica clean up the kid's cabin, but Phil reveals that the kid may not have wanted his room cleaned up and admits that they should leave. 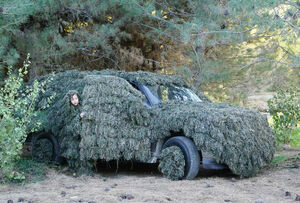 In an attempt, Phil pleads that they are leaving in a sarcastic way, but on the way out of the campsite, Phil barrel rolls out of the camouflaged car and secretly spies on the cabin hoping for the kid to come back. He has no luck with finding the kid and gets angry at his no-show appearance. He admits how he sees himself in the child and how that the child could end up happy like him, but the child still never shows up. 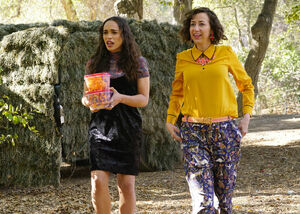 Meanwhile, Todd sets up Melissa's photos retrieved from Akron, Ohio. He attempts to get Melissa to explain what the mysterious pill she took in Akron, but her only response is "Santa's penis". Later on, Gail asks Todd to retrieve her accordion, but she soon offers to help Todd with identifying the unknown pill. At the pharmacy, Todd and Gail try to match the pill with others, but Gail accidentally loses the pill, angering Todd. On the ride back to the building, Gail reminds Todd to get her accordion from the other building. When he enters the elevator, he sees what Gail went through and apologizes to her for overly focusing on Melissa and even fixes up her Gordon dummy.

Todd's attempt to get anything from Melissa fails again as she keeps stating "Santa's penis". But Gail then notices a medicine labeled clozapine that is identical to Melissa's pill with her syndrome matching as well. Meanwhile, Phil, Carol, and Erica drive back as Phil rants about how the kid could've been like him and how he no longer cares about him. But the mysterious kid in the Yoda mask reveals himself to be in the car as the three scream at his presence.

Previous Episode /// Find This Thing We Need To \\\ Next Episode

Retrieved from "https://thelastmanonearth.fandom.com/wiki/Find_This_Thing_We_Need_To?oldid=8617"
Community content is available under CC-BY-SA unless otherwise noted.