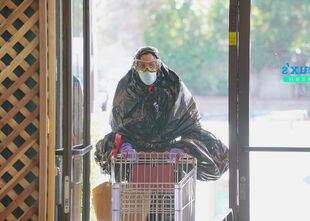 Back to the beginning.

Got Milk?
The first moments of the deadly virus outbreak are revealed through a special lens. 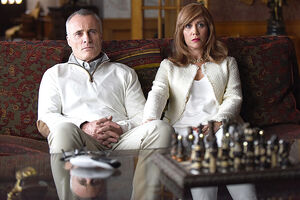 Pamela Brinton, a wealthy socialite and philanthropist, hosts an auction for her work with her foundation that saves dogs. While she explains her work, she jokes with Catherine for being an avid cat lover. As the auction begins, a member of the audience starts to cough up blood. The following day, Pamela and her husband Benjamin discuss Catherine and her husband Robert's new purchase of an underground bunker. Meanwhile, Pamela becomes worried about the viral outbreak as their housekeeper Christina has died as well as a number of Donald Trump's presidential successors.

At Molyneux's, Pamela runs into Catherine, who are both in gear to protect themselves from the virus, and discusses her new purchase of the underground bunker. As time passes, Benjamin gets the virus and parts ways with her wife. Pamela then heads to Catherine's house and discovers she has died from the virus as well. She leaves, but not before taking the room key to their recently purchased underground bunker. 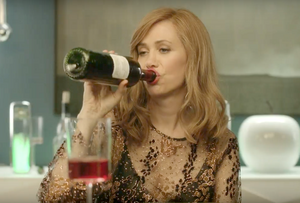 Pamela and her dog, Jeremy arrive in the bunker. She explores some of the rooms including the bedroom, a room filled with canned foods as well as a main room with a plasma screen that includes a flying drone. During her first year there, she celebrates holidays and has some fun with her dog Jeremy. In her second and third year there, she tries to teach Jeremy to say "milk". More time passes and Pamela expresses no emotion and still continues her goal to get Jeremy to speak. When she discovers one of her clothes eaten by Jeremy, she threatens to kick him out. She opens the door and he ends up running far away from her.

In her bunker all alone, Pamela becomes ultimately depressed. When Pamela begins to tinker with the drone, she ends up flying over the Malibu mansion and spots Gail drinking and relaxing on a chair outside. The drone ends up flying back with a low battery. When the drone recharges, Pamela flies it back and spots Erica, Todd, Gail, and Carol with signs. But the drone goes out as a result of Melissa shooting it. With the possibility of finding the group, Pamela walks out of the bunker.

Previous Episode /// Got Milk? \\\ Next Episode

Retrieved from "https://thelastmanonearth.fandom.com/wiki/Got_Milk%3F?oldid=8614"
Community content is available under CC-BY-SA unless otherwise noted.