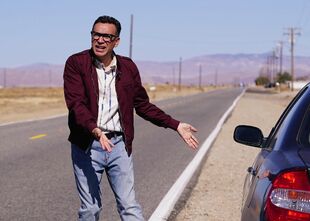 Karl
Phil and Todd stumble upon a new survivor. 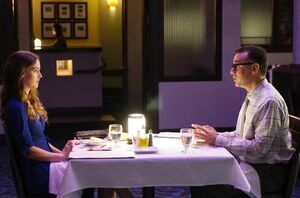 Karl Cowperthwaite goes on a date with Zoe, who fakes a phone call to escape their bad date. When Karl walks his dog Zeus to get some bullion for his cannibalistic dish, the police show up outside his apartment and Karl makes an escape where a fugitive alert is released for him. He manages to get away for the time being by killing and stealing a driver's car to head to Juárez, Mexico.

Karl uses painting as a cover up to commit his murders. As he prepares to kill yet again, Paco notices a decapitated head in his fridge, forcing Karl to escape again to Motel Piscina. Karl talks to himself to stop his acts of murder, but the next morning, Karl's motel is raided and he is arrested and charged for murder and desecration. 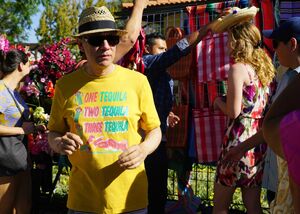 In prison, Karl uses his ruse of painting to prepare for another murder, but his next victim, Javi, falls ill from the virus. As time passes, all of the inmates and guards die from the virus. Karl and guard Martinez begin to bond as they are the only two left. Martinez explains that he stuck around because everyone he once knew is dead. When Martinez tells Karl that it is last day, he gives him two months worth of food and a noose. Karl kills him and escapes his cell but cannot escape the prison.

Karl struggles to escape the prison from over the fence and tries to guess the keypad combination. Karl plans to commit suicide by using the noose, but hears a horn honking in the distance. Phil and Todd enter the prison believing that they have found Jasper, but instead discover Karl.

Retrieved from "https://thelastmanonearth.fandom.com/wiki/Karl?oldid=9004"
Community content is available under CC-BY-SA unless otherwise noted.