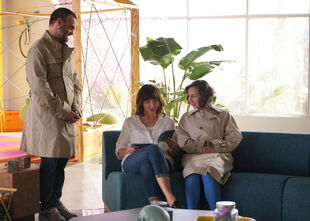 A family... of detectives? 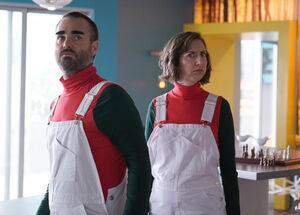 When Carol wants to have a family photo with her new mom, Gail ultimately rejects, especially when she finds out she wants them all to wear matching outfits. Carol and Phil try to put on matching outfits that are similar to Gail's and snap the picture before she discovers, but she does and closes her eyes so they cannot get the perfect photo. She then finds Gail in her "hideout" and still tries to get her to take the photo. She rejects again and Carol brings her alcohol drinking into the fact, which gets her "grounded". At a nearby convenience store, Gail mutters to herself about her drinking, while Carol puts googly eyes on the already taken photos in frustration. But when Phil tries to talk to her, Carol ultimately learns her lesson and goes to Gail to apologize. 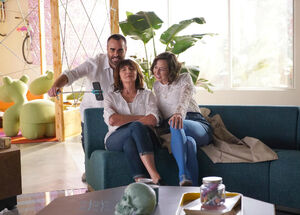 Meanwhile, Todd finds Melissa pretending to raise a baby with a doll. He worries for her and she ends up breaking up with him as he does not want a baby at the moment. He tells Phil about this, who takes matters into his own hands. Phil goes into her room and Melissa asks Phil to impregnate her, but he rejects as he is committed to a marriage. He then discovers that Melissa also asked Lewis and discovers that he may have been asked last. Todd then attempts one more time to communicate with Melissa, even with another roleplay of characters from The Shawshank Redemption. But even that fails to work as Melissa ends up walking off from him. 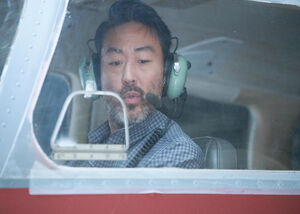 Lewis also decides to pursue a hobby in aviation, but in a flight simulation, he crashes the plane. He tells Erica that if he gets good enough, he may fly to Tokyo in search of Mark. In the middle of another flight simulation with Phil, the power goes out again. Lewis and Phil investigate and discover electricity running to four other buildings in the complex as well. But when they shut off the power, it interferes with the elevator that Gail is in. Gail tries to escape when the power briefly comes back on, but is unable to. She then uses her gun as a last resort, but ends up with her ears buzzing and ringing.

In the middle of a karaoke singalong between Phil, Erica, and Lewis, Carol interrupts as she is in search of Gail. Gail then believes the group is nearby and shouts for help, but it turns out only to be a Roomba bumping into the walls. Meanwhile, Todd interrupts the group to tell them that Melissa has run away and left a note saying "Goodbye."

Retrieved from "https://thelastmanonearth.fandom.com/wiki/Mama%27s_Hideaway?oldid=8611"
Community content is available under CC-BY-SA unless otherwise noted.