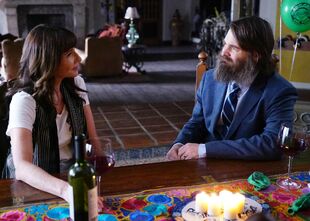 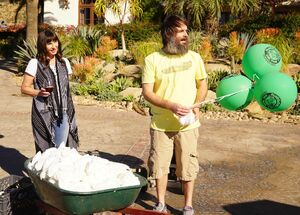 A funeral for Karl is held inside the prison with Phil unsure of how Karl was killed. During the funeral, Gail admits how happy she has been since the virus and how Phil has changed over time. Phil decides to be helpful and change the way he says things, which gets on Gail's good side. Later, Phil and Gail have a drink and she puts her hand on his hand, telling him that they are way more than friends. Under the impression that Gail wants to do something sexually, he confronts her later about it. Carol and Gail both believe that Phil misunderstood the situation, but Phil notes that Gail will "get over it".

Meanwhile, Todd is angry at Melissa for not telling him about Jasper's whereabouts. Todd demands that Melissa bring him to Jasper, but when she says no, he sneaks a ride in the back of her car during her next trip. Melissa comforts Jasper and she discovers Todd. Todd admits that his chances of being a father are over, however, Melissa allows Todd that he can have a baby. When Melissa tells Todd that she does not want to be the mother, they decide to go to Erica.

Retrieved from "https://thelastmanonearth.fandom.com/wiki/Se%C3%B1or_Clean?oldid=9029"
Community content is available under CC-BY-SA unless otherwise noted.