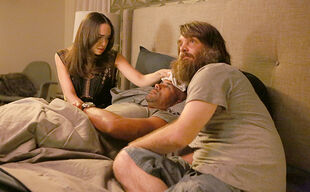 Silent Night
Gail is forced to perform surgery on Phil, when he ends up in a life threatening situation. 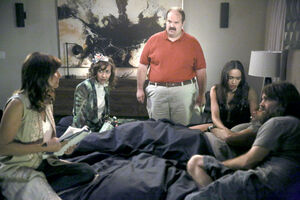 As Phil continues to be in desperate pain, the group rushes to find out what's wrong with him. To stop the pain for some time, they set out to find some medication as Gail lashes out on everyone. While they get the medication, Todd asks Melissa if she is okay and Todd accidentally says no to her proposal. When they return, they soon find out that he has appendicitis, and his appendix needs to be taken out or Phil will die. Tandy wants Gail to do surgery on him, she says no, but soon agrees after being persuaded by an upset and caring Erica.

Tandy attempts to let Phil know that he will be okay, but is kicked out by Erica. At the Hospital, Carol and Melissa attempt to find things to help, however, Melissa soon starts throwing things as she is upset about being rejected by Todd. Carol is happy that Melissa is letting out her feelings, but set out to return to the mansion to help Phil. Gail attempts to practice surgery on cherry pies, but fails to and asks Todd and Tandy to get a corpse to practice on. The bodies they find seem to be nothing but cadavers. They decide that they may need a fresher body and soon think of the idea to dig up Gordon. 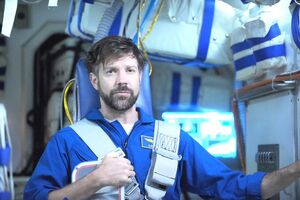 They soon hit Gordon's corpse, however, Todd is scared and upset over the recent events that has happened. Todd eventually calms down and bring Gordon's body back to Gail. Gail soon reveals that Melissa and Carol had gotten her a practice dummy for medical students as they try to cover up what they have done and return to bury up Gordon. As Phil continues to groan, Gail is still practicing on her dummy, however, Erica tells Gail it's time to do the surgery.

Meanwhile, Mike is released from the airlock. As he screams, he climbs back to the station with the tether still connected to it. He soon gets himself back on. Picking up the newborn worm, he names it "Phil". As Mike talks to "Phil", he decides that he can no longer be able to live in space. Mike finally agrees to leave from the descent module. Entering the module, Mike turns on the engine with "Phil" and sets off from the station. 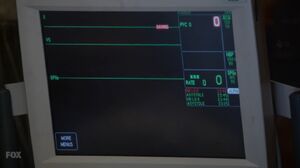 As Tandy, Carol, Melissa, and Erica watch, Todd and Gail begin the surgery. However, Gail cannot do it, but Todd tells her it will be okay. As the surgery begins, Mike continues to drop down to Earth as the engine rumbles. Gail and Todd start the surgery well and find the appendix, but soon goes wrong as it is filling up with blood. Mike continues to drop down fast as Gail and Todd panic to stop his appendix from bleeding. As Mike's capsule spins and falls down to Earth, Phil's heart monitor stops.

Retrieved from "https://thelastmanonearth.fandom.com/wiki/Silent_Night?oldid=9115"
Community content is available under CC-BY-SA unless otherwise noted.