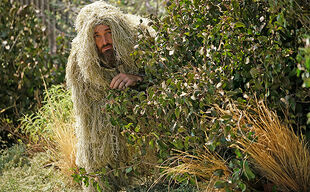 The Boo
Phil continues his search for Carol. 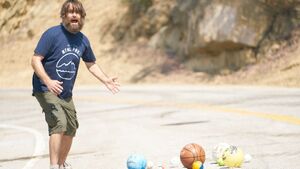 Carol continues to wait at an EMCO gas station for Phil to return. Phil, who is still in Tucson, attempts to use balloons to communicate with Carol. Carol soon believes that Phil isn't coming until she sees a train with a message written by Phil on it. Carol drives to Tucson where the couple reunite by having sex in the middle of the road. Carol and Phil return to the cul-de-sac to see Phil's torched house. While at Carol's house, Phil finds a note explaining that the remaining survivors have moved to Malibu.

Phil soon starts to feel guilty about not telling Carol about the note. After dreams where Phil (II) and Melissa kill him, Phil finally tells Carol. Carol reacts a bit angry at first, but is calm with not going to Malibu, as it is better to keep Phil safe. Phil, wanting Carol to be happy, gets her drunk with alcohol, and drives the RV to Malibu with her anyway. Carol wakes up hours later to find that they are on the way to Malibu and is glad Phil had done so. They arrive on the beach only to find several dead whale corpses. 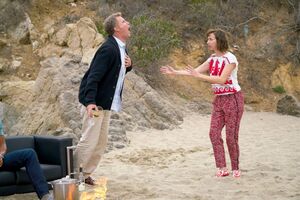 Getting back on the road, Phil isn't sure where to start the search for the survivors, until Carol points out smoke in the air from a campfire. Phil and Carol crawl on top of an edge in disguises where they see all of the survivors singing around the campfire. Looking from a distance, Phil notices a new guy named Gordon. Carol takes off her disguise and heads down to the campfire. But things end up badly when Gordon ends up having a heart attack from Carol's surprise appearance.

Previous Episode /// The Boo \\\ Next Episode

Retrieved from "https://thelastmanonearth.fandom.com/wiki/The_Boo?oldid=9107"
Community content is available under CC-BY-SA unless otherwise noted.