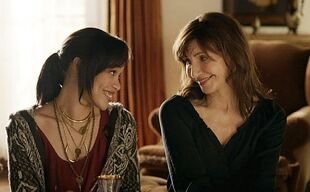 The Do-Over
When Phil wishes for a "do over", he gets his wish when two women named Erica and Gail show up. 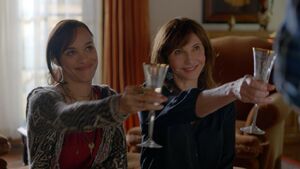 When Carol begins to nag Phil about various things, he finds himself getting annoyed. Sent out by Carol to get some things, he gets the things, and lights them on fire with a match. While doing so, he wishes simply for a "do-over". Immediately, a car pulls up right next to the shopping cart that Phil had lit on fire. Two women soon emerge from the car, surprising both them and Phil. Phil, realizing that he has gotten his "do-over", decides to lie to them and says that he is the only person left in Tucson. After expressing happiness that they've found each other, Erica and Gail invite Phil to the hotel they were staying at. 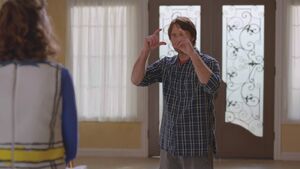 As they are at the hotel that Erica and Gail were staying at, Erica and Gail notice Phil's wedding ring. Phil tells them that he was married to a woman named "Carol" that had died during the virus. They believe his lie and invite him to dinner. When Phil returns home to Carol, Carol sees that Phil has a nicer attitude. In order to go to dinner with Erica and Gail, Phil tells Carol that he is going camping, which she believes.

When he returns to the hotel, Phil sees a huge buffet made by Gail, where she tells him, she is a chef. Phil, Erica, and Gail soon party and enjoy themselves throughout the night. That is until Phil offends them. Phil apologizes for doing so and plan to go continue their night of fun by going skinny dipping.

While Phil, Erica, and Gail drive to go skinny-dipping in a lake, the others believe that Phil has been a nice guy and deserves something. They plan to throw a big party for him. As they get on the road to go to a nearby party store, Phil, Erica, and Gail see Carol's car. But things end up bad for Phil, when they all catch him in the act.

Previous Episode /// The Do-Over \\\ Next Episode

Retrieved from "https://thelastmanonearth.fandom.com/wiki/The_Do-Over?oldid=8570"
Community content is available under CC-BY-SA unless otherwise noted.