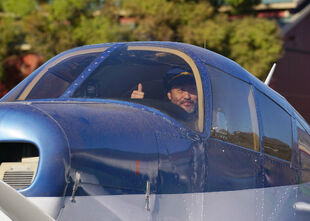 The Spirit of St. Lewis
Lewis heads off on a new solo adventure. 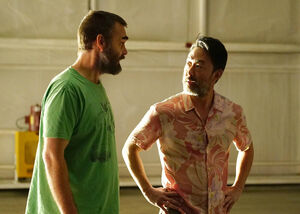 After being locked up for her own safety, Melissa plays hurtful mind games with the group. Going in one by one, the members of the group get their feelings hurt. Erica researches to try and see what could help Melissa and Todd places a baby video monitor in Melissa's room. Phil tries to contribute by getting her pills, before Todd angrily explains the negatives of having no doctors.

Meanwhile, Lewis and Phil enjoy a celebratory drink for his achievement in landing his plane simulator properly and even surprises him with an actual plane. With some doubt, Lewis eventually is convinced by Phil to fly the plane, as he is the only one there for them as the group is becoming frightened and scared. That night, the group celebrates Lewis' plans. At the airfield, Carol introduces a post-virus newspaper and Phil gives Lewis some flight gear. Phil says his goodbyes and wishes him luck. As the group cheers with his immediate success, everything takes a turn fast as Lewis' plane crashes to result in his demise. 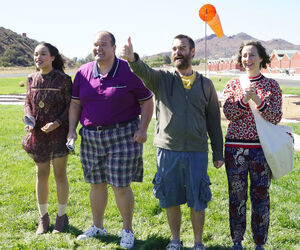 Back at the building, Phil delivers a eulogy to Lewis. Erica also gives a speech about how her hope has died. Taking at what is probably Lewis' ashes, Phil uses a drone in an attempt to spread them, but the drone crashes in a nearby tree, before landing in the water with the ashes. As Phil walks in his dinosaur suit, he talks to God in a church to tell Lewis his apologies. He also wishes to help out the group in anyway he can. He then suddenly gets an epiphany on what to do. 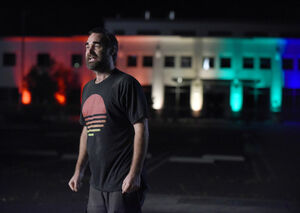 Phil returns to the building with a truck and sets up a big field of lights to display on the building in an effort to lift their spirits. Phil calls the group out, but they pretty much blow it off . But due to Phil's installation of the power cords, it flickers on the power in the elevator that Gail was last seen in. The doors open as Gail's fingers are briefly shown moving.

Previous Episode /// The Spirit of St. Lewis \\\ Next Episode

Retrieved from "https://thelastmanonearth.fandom.com/wiki/The_Spirit_of_St._Lewis?oldid=8615"
Community content is available under CC-BY-SA unless otherwise noted.